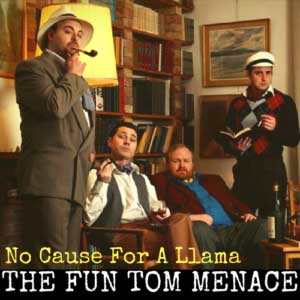 The Fun Tom Menace explores what happens to a budding new comedy group when they get infiltrated by an annoying Australian and his crazy Russian agent. From London to Trinidad to deep space, this is an adventure that spans the entire universe (including South Petherton). A unique, baffling, comic musical extravaganza that will mess with your mind and also mess with your mind.

Written By : No Cause For A Llama

Music By : No Cause For A Llama