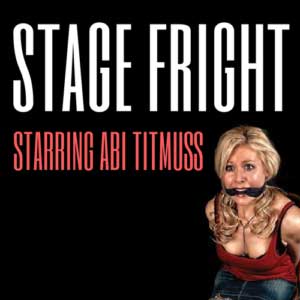 Stage Fright. A savagely funny satire on celebrity and theatre that garnered 5 star reviews at its world premiere. The play charts the struggle for supremacy between three actors appearing in a play together; old friends Peter and Charles, and Geraldine, the young and vulnerable actress they have befriended. As opening night approaches, it becomes apparent that Geraldine is not who she appears to be, and the friends must fight to salvage their pride, their identity and their reputations in this thought-provoking tragicomedy. Abi Titmuss/Abigail Evelyn stars.

Written By : Lynn Howes (based on an original idea by Stefan Lubomirski de Vaux)

“Engaging and performed with conviction”

Stage Fright was originally performed at The Canal Cafe Theatre in 2010, directed by Emma Taylor.