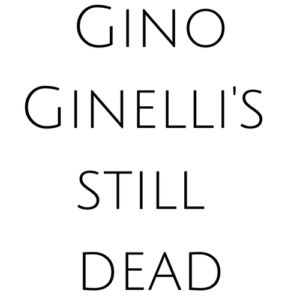 In Part 2 of our hit sit-com, Charles and Ollie are still in Swanborough and their father, Gino, is still dead. Neither can decide whether to go back to their normal life in London, or to stay in Swanborough and get to know the rest of the locals… Lionel Blair doing Punch and Judy in the style of Reservoir Dogs – you do not want to miss this one!