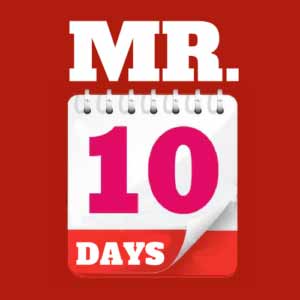 Mr Ten Days is a romantic comedy radio play written by Jon Baker. Andy is a neurotic commitment-phobe. He prides himself on not doing relationships longer than ten days. Then he meets Emma, bright, attractive, optimist, training to be a marriage guidance counsellor.

Do opposites ever attract? Can the man who never dates, date? And how does the psychologist get together with someone who declares psychology to be the dark art?

Directed and produced by; Mariele Runacre-Temple