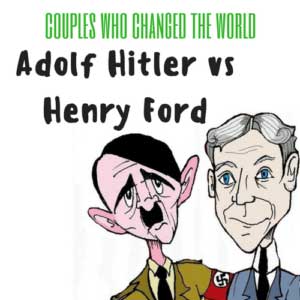 Radio Comedy from the Edinburgh Fringe

A (sort of) true account of when Henry Ford met Adolf Hitler in a nightclub and formed an unlikely friendship….

Recorded live at The Pleasance King Dome as part of Wireless Theatre’s ‘Couples Who Changed The World’ season at Edinburgh 2014.