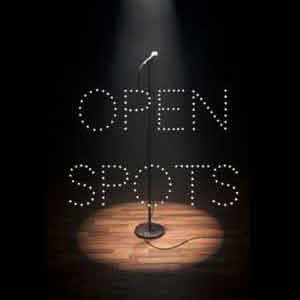 Open Spots - Audio comedy recorded live. Sean is a stand up comedian earning his stripes on the gruelling London stand up circuit. He’s getting ready for another soulless room-above-a-pub gig when he finds out that a top comedy agent is coming to see him. Will he do the perfect gig and get signed, or will fate work against him and ruin his big chance?

They say that stand up is the new Rock’n’Roll, but it’s not so cool getting to the top. A comedy about comedy. Open Spots was recorded live for a full house at The Pleasance Theatre on Feb 17th 2012.

“An interesting and humorous piece and worth a listen”