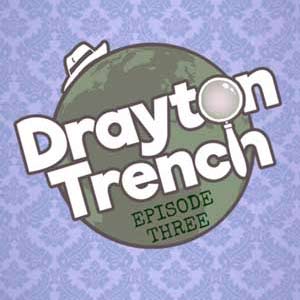 Drayton Trench has tracked kidnapped archaeologist Sir Percy Price to the Hotel Addison, but an encounter with the sadistic Violet Darkbloom has left her spinning – in the downstairs washing machine!