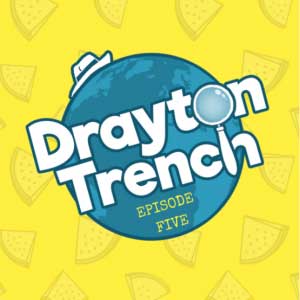 Drayton Trench Episode 5. In pursuit of the fiendish Nathaniel Swan, our heroes have travelled to Transylvania and accepted the hospitality of the Countess.

But Sir Percy has been bitten by a werewolf and there’s a full moon out tonight!

Alice Osmanski as Drayton
Susan Casanove as Marjorie
Peter Wicks as Jason
Stephen Critchlow as Sir Percy
Beth Eyre as Violet
Simon Kane as Nathaniel
and Esmé Patey- Ford as the Countess
The script was written by David K. Barnes.

Recorded by: Gareth Brown
And edited by: Tshari King
With music from: Rosemary Yates
And Direction by: Mariele Runacre-Temple